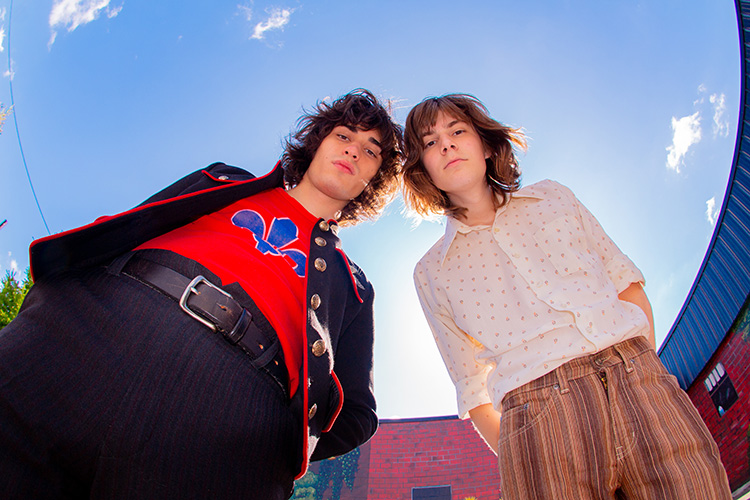 On their latest release “Tell Me That You’re Mine” The Top Boost channel the cosmic country rock of Gram Parsons and the The Flying Burrito Brothers, the jangle of the Byrds’ Sweetheart of the Rodeo, and the Bakersfield twang of Buck Owens and the Buckaroos. This record proves that the Top Boost are capable of more than just power pop hooks and harmony.
For their previous EP “Dreaming” the band joined forces with Roger Joseph Manning Jr. (Beck, Jellyfish, Imperial Drag). The Top Boost combine catchy melodies and vocal harmonies informed by classic ’60s groups like The Beatles, The Byrds and The Zombies. The result is a swirling blend of bubble gum pop sweetness with a wistful lyrical undertone.
Shindig! Magazine named the “Dreaming” EP one of their favorite 45s of 2019. The Top Boost’s debut EP “Turn Around” was named one of the best local CDs of 2016 by the Vancouver Sun and one of the 10 best EPs of 2016 by Power Popaholic. Their music has also been regularly featured on Adult Swim’s “Fish Center Live.”
Before the future of live music came into question, the band had been playing live to enthusiastic crowds around Western Canada including three sets at the International Pop Overthrow Music Festival and an opening slot for the legendary Pointed Sticks. They also flew to the UK for a string of shows including two nights at the world famous Cavern Club in Liverpool. They miss those days.
The Top Boost evoke memories of a bygone musical era. Their sound may call forth feelings of nostalgia, but they are too young and vital to be a nostalgia act. The Top Boost are making music that is distinctive and new. Now.